We are delighted to announce today that Silverback Films is to join the All3Media group.

All3Media is a leading independent television, film and digital production and distribution company.

All3Media is owned jointly between Discovery Communications and Liberty Global.

“I am delighted that Silverback is joining All3Media and we are looking forward to working with Alastair, Keith and the team. The talent is world class and Silverback is at the very top of its game at a time when the relevance of landmark natural history programming has never been greater.

“Silverback’s films are stunning – showing us the diversity of the natural world and through their fantastic storytelling and ingenious mastery of technique and technology, they capture breathtaking moments on camera and take us to places we have never seen before and continue to teach us about the world’s natural environments, and how vital it is to preserve them.”

“All of us at Silverback Films are delighted to be joining All3Media. We have found a partner that shares our creative ambition to make the highest quality programming.  Key to this is our shared focus on attracting and retaining the best talent long into the future. We are very excited by all the new opportunities now open to Silverback within the All3Media family and Keith and I are looking forward to leading the company through the next chapter of its development.” 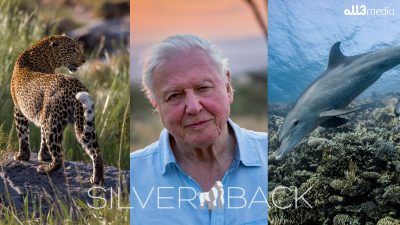