Animals will go extraordinary lengths in their desire to mate – there are romantics, fighters, cheats and show-offs, tales of lifelong devotion and some of the most surprising and beautiful sights on Earth.

The Mating Game, narrated by Sir David Attenborough, is an epic 5 x 60 minute landmark series on nature’s ultimate quest – the pursuit of a sexual partner. A challenge that unites all animal life on earth – the drive to pass on their genes to the next generation, but how do animals overcome the difficulties of their environments to find a mate and leave a lasting legacy?

In each unique episode The Mating Game will explore the challenges animals face when trying to find a mate in a particular type of habitat. From wide open grasslands (Grasslands: In Plain Sight) and tangled jungles (Jungles: In the Thick of it) to the deep ocean (Oceans: Out of the Blue) and fleeting freshwaters (Freshwater: Timing Is Everything), The Mating Game will reveal the incredible strategies nature has evolved to find and secure a partner (Against all Odds): from exuberant dances and showy colours to life or death duels.

Filmed in startling 8K resolution The Mating Game will reveal some of the most remarkable, dramatic and humorous sexual strategies in the animal world – uniquely capturing the huge challenges of winning a partner from both a male and female perspective.

OCEANS: OUT OF THE BLUE

JUNGLES: IN THE THICK OF IT

FRESHWATER: TIMING IS EVERYTHING 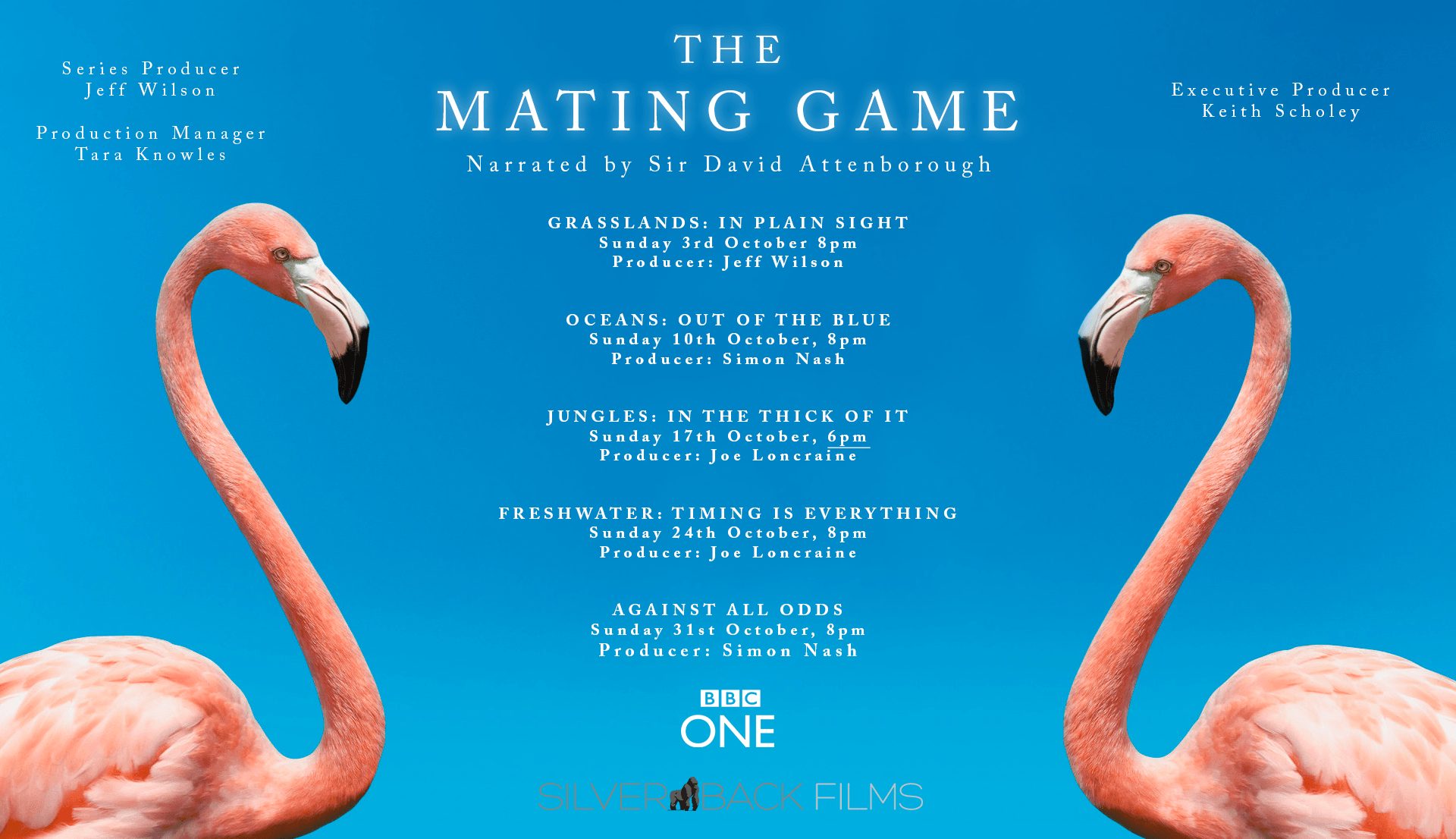